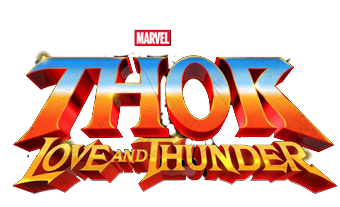 It's the 1970s and Gru (voiced by Oscar? nominee Steve Carell) is growing up in a suburban neighbourhood, in the midst of a boom in backcombed hairstyles and bell-bottoms. As a die-hard fan of a famous supergroup of villains, the Wild Six, Gru hatches a plan to prove to them that he's evil enough to work with them. Luckily, he has the help of his loyal followers, the Minions, who are always ready to wreak havoc. Together, Kevin, Stuart, Bob, and Otto - a new Minion with braces in his teeth and desperate for acceptance - will unleash their potential to build Gru's first lair, experiment with their first weapons and carry out their first missions.

A sadistic killer kidnaps Finney Shaw, a shy, intelligent 13-year-old boy, and locks him in a soundproof basement where his screams are of no use. When a broken, unconnected phone starts ringing, Finney discovers that through it he can hear the voices of the previous victims, who are determined to stop Finney from ending up like them.

The dinosaurs of the famous Isla Nubla theme park are back. Owen Grady (Chris Pratt), the raptor expert, returns in a new adventure alongside Claire Dearing (Bryce Dallas Howard), the park's guide. This third installment of the Jurassic World saga, based on the books by Michael Crichton, is produced by Steven Spielberg (Ready Player One, The Pentagon Papers).

The film explores the life and music of Elvis Presley (Butler) through the prism of his complicated relationship with Colonel Tom Parker (Hanks), his enigmatic manager. The story delves into the complex dynamic that existed between Presley and Parker spanning more than 20 years, from Presley's rise to fame to his unprecedented stardom, against the backdrop of the cultural revolution and America's loss of innocence. And at the centre of that journey is Priscilla Presley (Olivia DeJonge), one of the most important and influential people in Elvis' life.

The film tells the origins of Buzz Lightyear, the hero who inspired the toy, and tells the story of this legendary Space Ranger as an exciting intergalactic adventure.